Kai risked all he had in a race to save his dying sister. He failed. Now he runs from danger to save his life and the world.

But will he fail again? 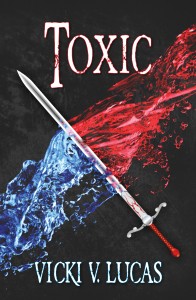 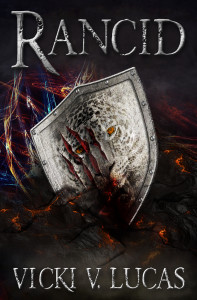 They say evil lurks in the mountains.

They say that if the rivers and cliffs don’t kill you, the monsters will.

They say there is only one difference between the brave and the stupid.

Kai meets an elusive winged horse and two other teens. But to Kai’s horror, he finds out that the only way to save his sister is to rid the water from a deadly poison before it destroys the world of Eltiria. Lizzy and Taryn seem to be more of a hindrance than help. Can they learn to work together before the poison corrupts everything it touches?

Where many fantasy novels rely on magic to save the world, this one does the exact opposite. A fast paced read with well-thought out characters and back history. It was enough to keep me up till 2 am reading it! Looking forward to the second book!”
Coriander Vaine

I found it to be very captivating. I couldn’t put it down. I stayed up into the wee hours of the morning just to finish it. I kept telling myself “One more chapter. Just one more.” But I lied to myself; it was never just one more. And even when I was finished, I just sat there thinking about it, wanting to start on the sequel.” Kaitlyn Deann

Stay away from this series if you…

If you’re still reading this, then I assume you’re up to eating some squirrel, taking wild chances, and fighting epic battles. So who is this series for?

This fast-paced, action-packed Christian fantasy series is perfect for those who…

What if you don’t like to read? The main reason people don’t like to read is that they find a book boring. With short chapters that are filled with suspense and action, even the non-readers will soar through the story.

“I am not much of a reader. However, I could not put this book down. It is one of the most amazing books that I have read in a long time. It grabbed me from the very start of the book and carried me all the way through to the very end.” Tom Wolf

Hope you come along for the ride.

He failed to save his sister.

Now a stable boy must join forces with two other teens and an elusive winged horse to free their world from a deadly plot to poison humanity.

In the sequel to Toxic, Kai battles Seekers and Unwanteds alone, desperate to save his family from Belial's evil schemes.

Lizzy attempts to save a friend from death with help from two strangers, and Taryn wrestles with the desire to use magic when he knows that it is wrong.