If you’ve been around children’s books a while, you’ve probably heard about The Boxcar Children.

But let me tell you this. 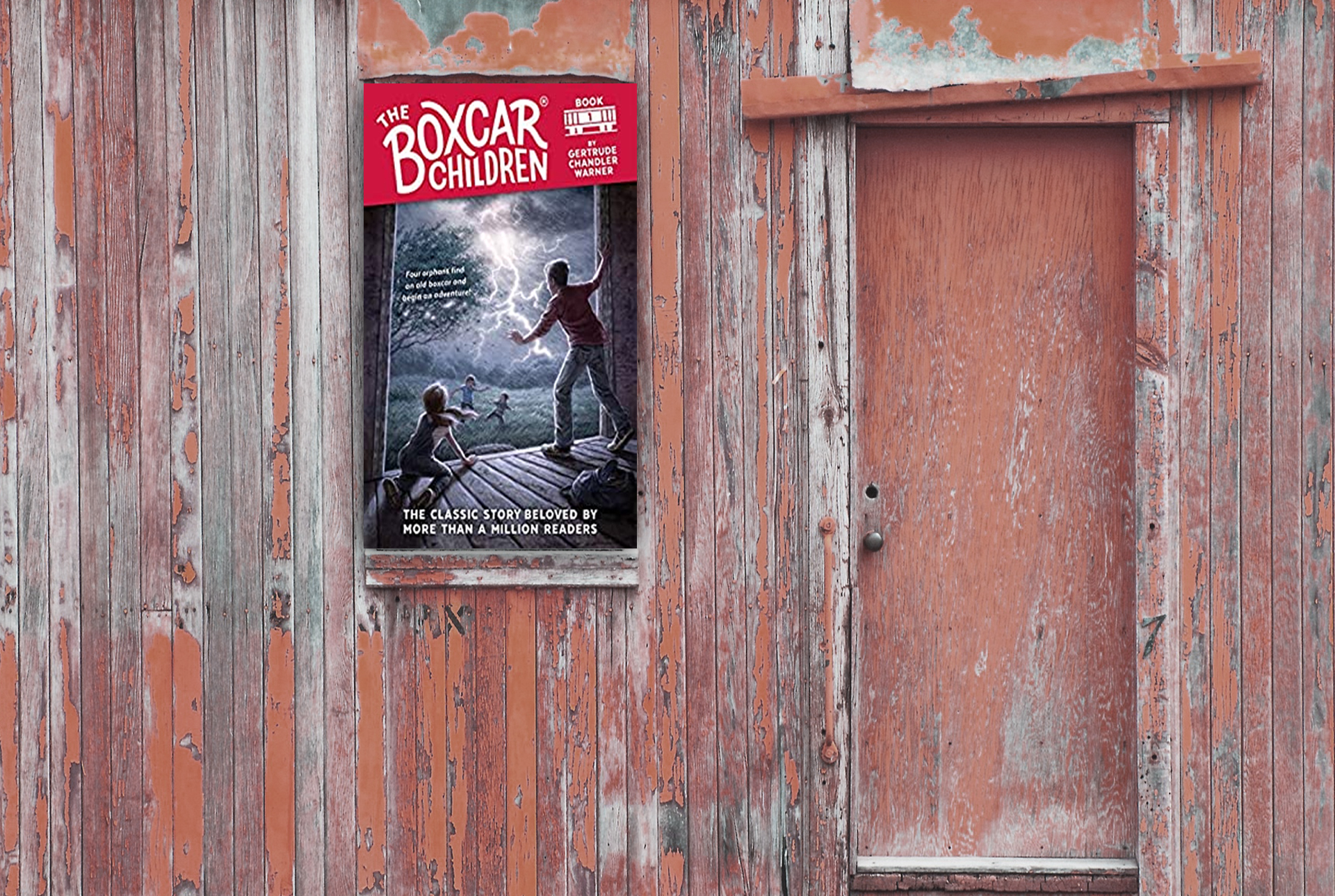 There’s something new with this old series The Boxcar Children that has to be one of the coolest things I’ve ever seen in a book.

As a child, I remember loving this book. The main characters – Henry, Jessie, Violet, and Benny – became my inspiration for finding anything that looked like a car from a train and setting up house.

In case you don’t remember, the first book tells of four orphaned children, ages 5 – 14, who are searching for a home. They find a boxcar in the woods and begin making their place a home. The book is written at a second or third grade level, told in a way to ignite empathy to the listeners, and appeals to ages as young as 4 or 5.

As an adult, I fell in love with the books again. The series never says how their parents died. But they must have been amazing parents to raise the kind of children they did. They are determined to stay together, no matter what. There is a much patience in regards to the younger children. Hardship is endured without anger. They encounter rudeness and unkindness but rarely return it.

The children face all their troubles with poise, grace, gratitude, and the courage to move forward.

Despite their problems and grief, despite the effort of living day by day, or wondering what the future holds, the children continually work to bring about the best they can. Despite being a simple book it has the power to hold everyone’s attention, and the ending of the first book wraps up in the best and sweetest way.

I found the book a great way to open discussions about families sticking together even when times are tough, helping younger siblings, how to deal with rude and/or mean people. And above all, how to respond to huge problems.

You might even know that Gertrude Chandler Warner wrote the first 19 books of the series, and then ghostwriters wrote 104 more, bringing the series up to 119 books!

So yeah, you might know all this. A book from the series might even be sitting on your bookshelves. So, what’s new to this series that started in 1921?

With a little technology, The Boxcar Children becomes a book the whole family is fascinated with and pleads to read more.

Instead of telling you, let me show you.

Take a minute to look at that cover of The Boxcar Children again. 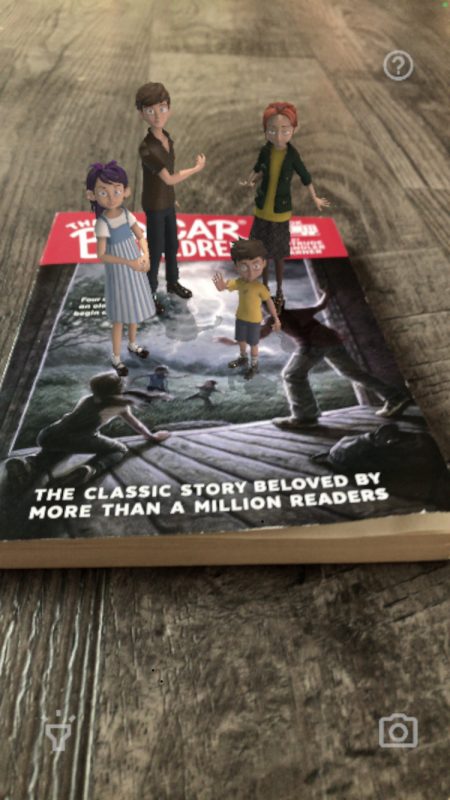 See those figures standing on the cover?

Meet Henry, Jessie, Violet, and Benny. Oh, the dog comes along later, too. 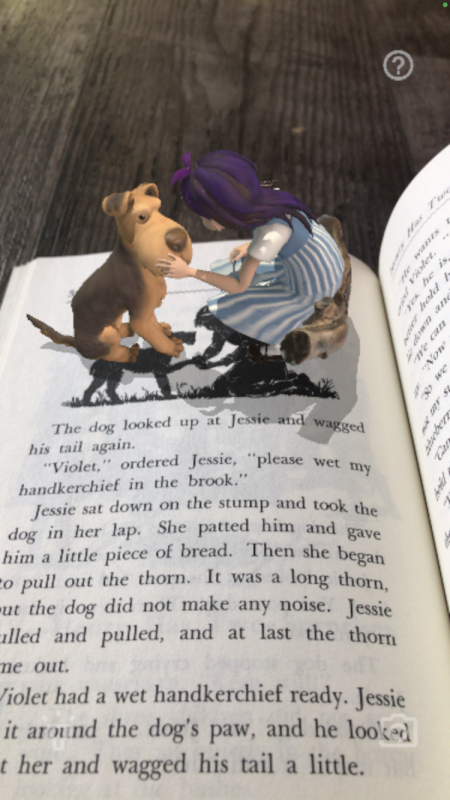 With the use of the phone, they pop up, talk, and sometimes ask you questions. 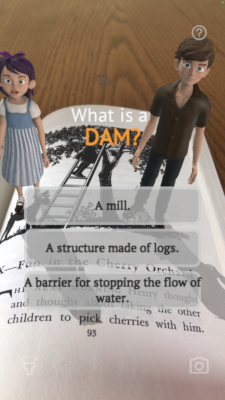 A company named Living Popups created this technology available for the first four books, as far as I know. And they even included a new flashlight button at the bottom left in case you’re reading at night and need more light for the app to work.

How do you get these cool pop ups?

This is what you do.

Go to the App Store or Google Play. Type in Boxcar Children AR.

Then grab your book, open the app, turn up the sound, and point it on the book.

For every picture, one or all of the characters jump up and say something about what you’ve just read.

Every once in a while, the characters ask questions too. For example, they might come up, say something about “Oh, I’m so glad we found some water. I was getting really thirsty.” Then a question comes up – “Where did the children find water?” There’s a multiple choice the readers can choose from.

But the coolest thing is that when the pop up children are finished, they sink back into the book.

It took us a few times to realize what was happening. But the children disappear back into the book when they’re done talking, much like a person jumping feet first into a swimming pool. I saw it first and grabbed on to the idea to encourage the reading.

My 5 year old had seen it. “They went further into the book! Come on, Mom! Read! Let’s catch up!”

And so we read to the next picture. We watched the little video. We answered questions. Then Jessie jumped back into the book again.

It was seriously awesome. Even for Mom.

And even Mom was sad to put the book aside and pick up math.

These pop ups could motivate even the most reluctant reader.

One of the most compelling things about this is to see the next pop up, so create the rule of only doing a pop up as you read. If you do that, then you have to read to get to the fun stuff.

Also, the videos won’t make too much sense since they revolve around what you’ve been reading. If you haven’t read the book, you won’t know what they’re talking about.

This old book series with values that have lasted decades just got a step up into super-cool!

And now I’m diving back into The Boxcar Children because it’s really fun.

Come on! Let’s catch up! 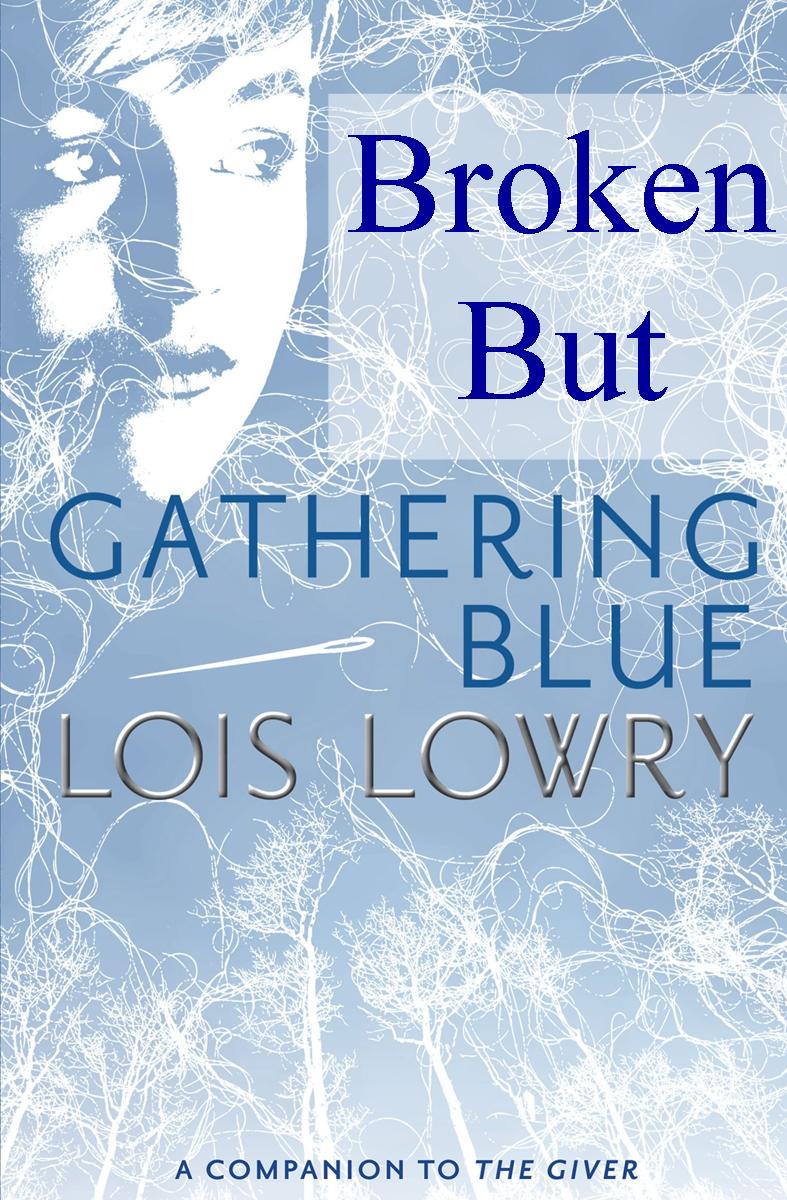 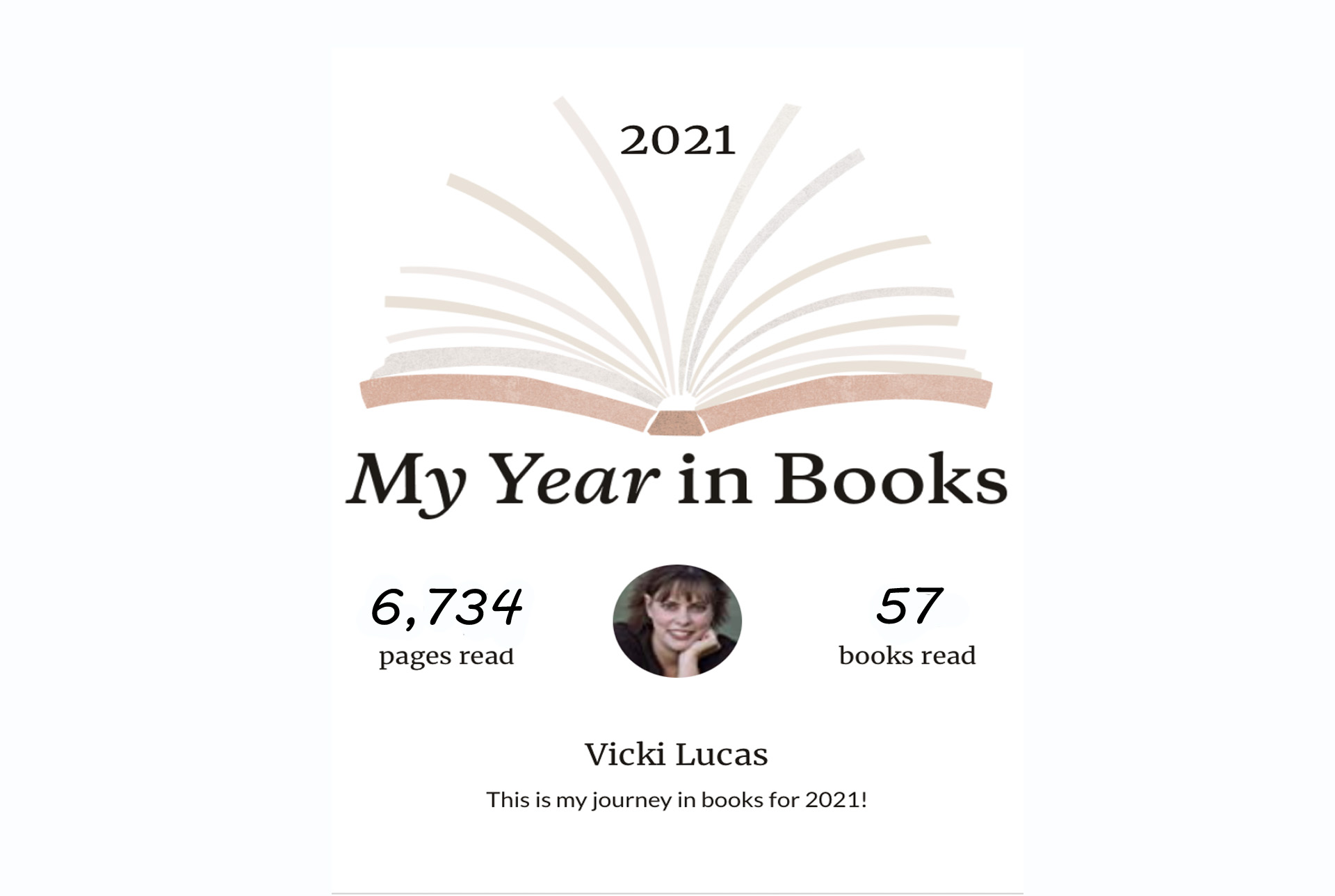 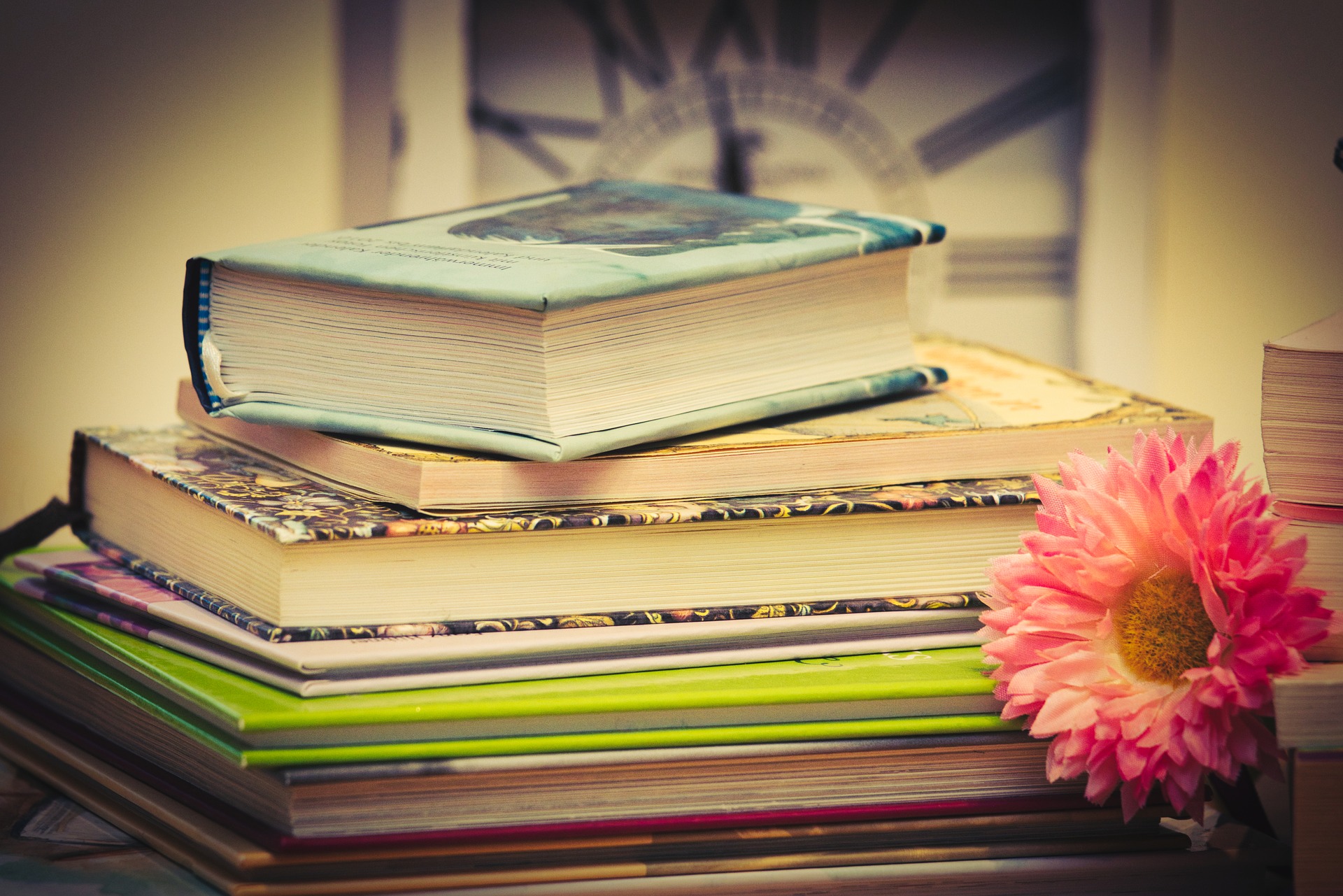 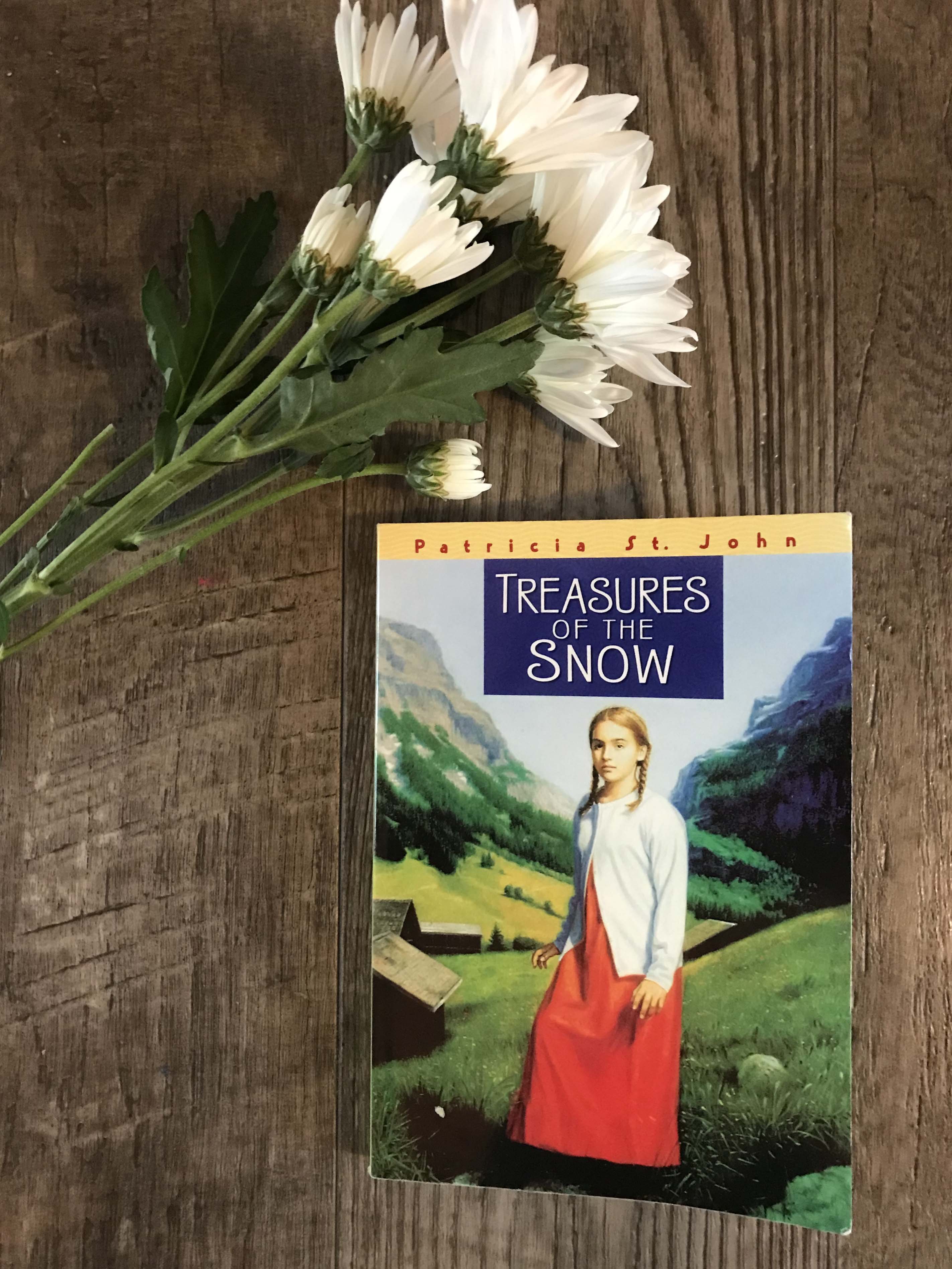 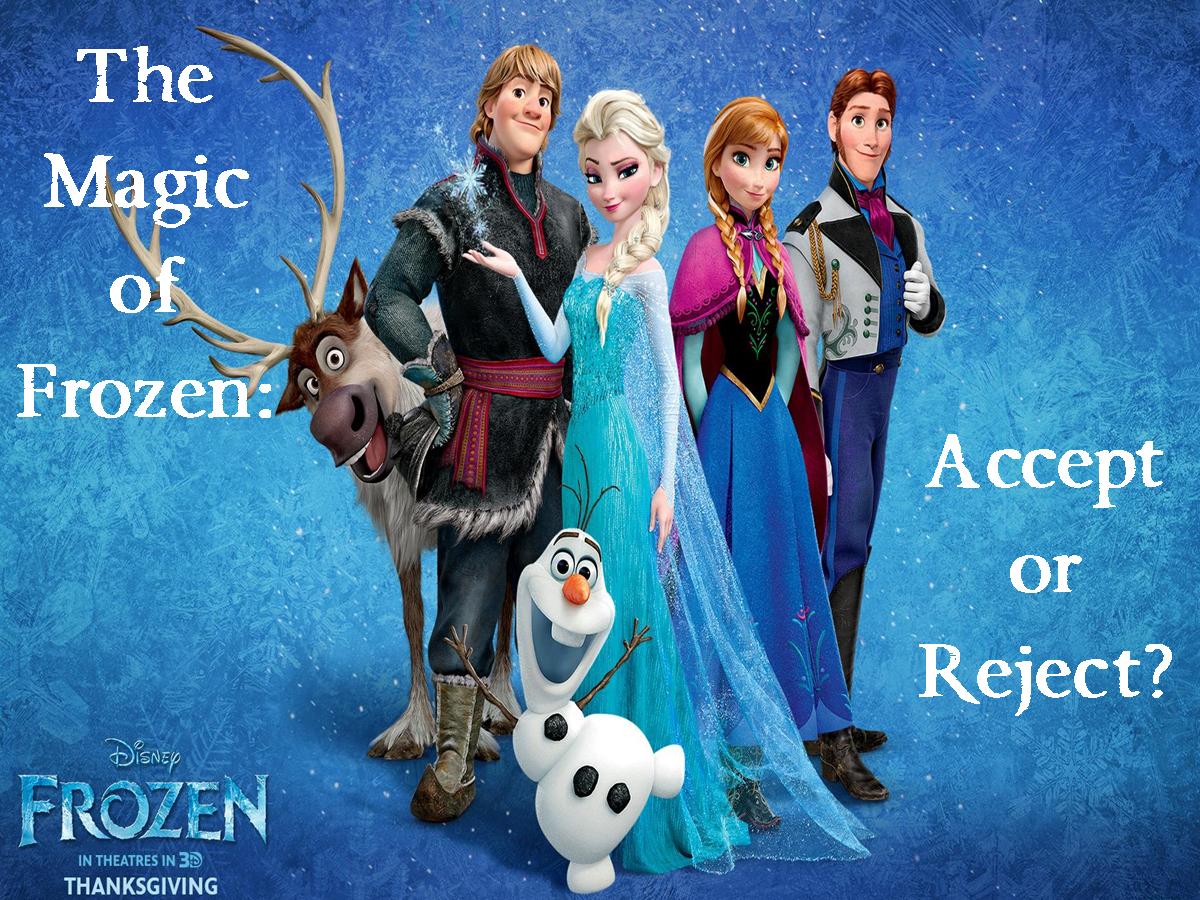 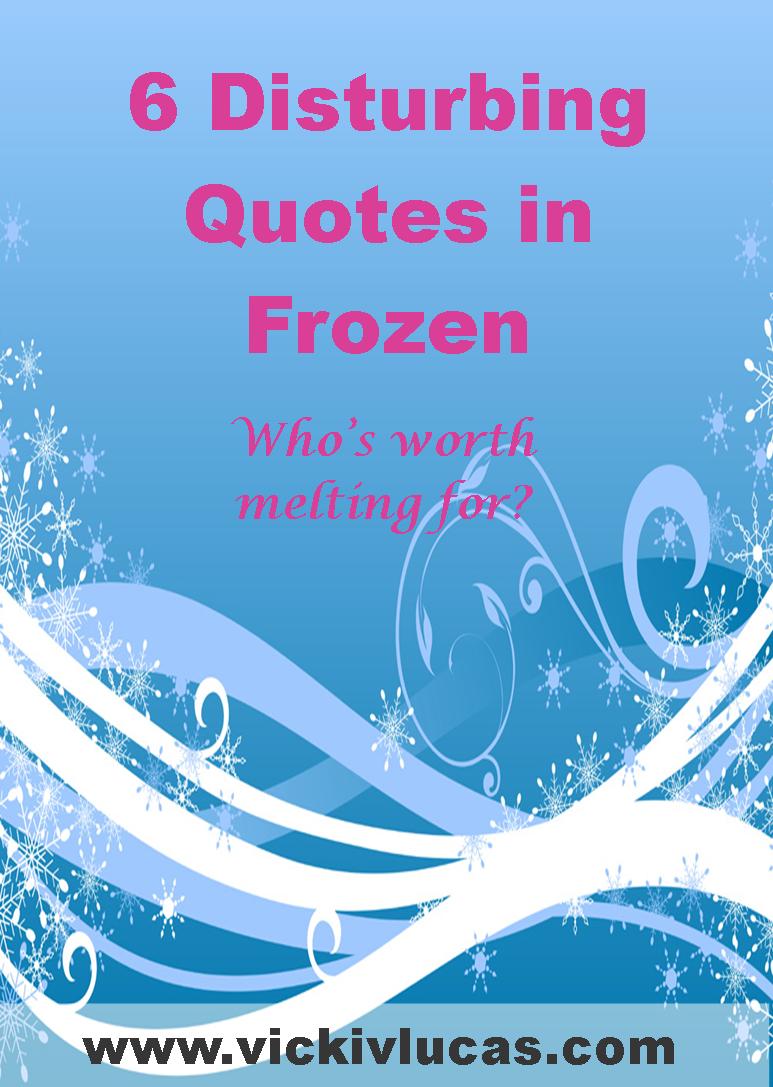 102Shares
We use cookies to ensure that we give you the best experience on our website. If you continue to use this site we will assume that you are happy with it.OkPrivacy policy