Disney fills our lives with magical tales. But are these movies of magic good or bad for Christians to watch? Is magic ever appropriate in a story, and if it is, how is a Christian supposed to know when it’s okay? In case you are just joining us, I previously asked the question if Elsa is truly using magic. You can read it here. But for this post, let’s examine the magic of Frozen because it brings up a fascinating discussion. 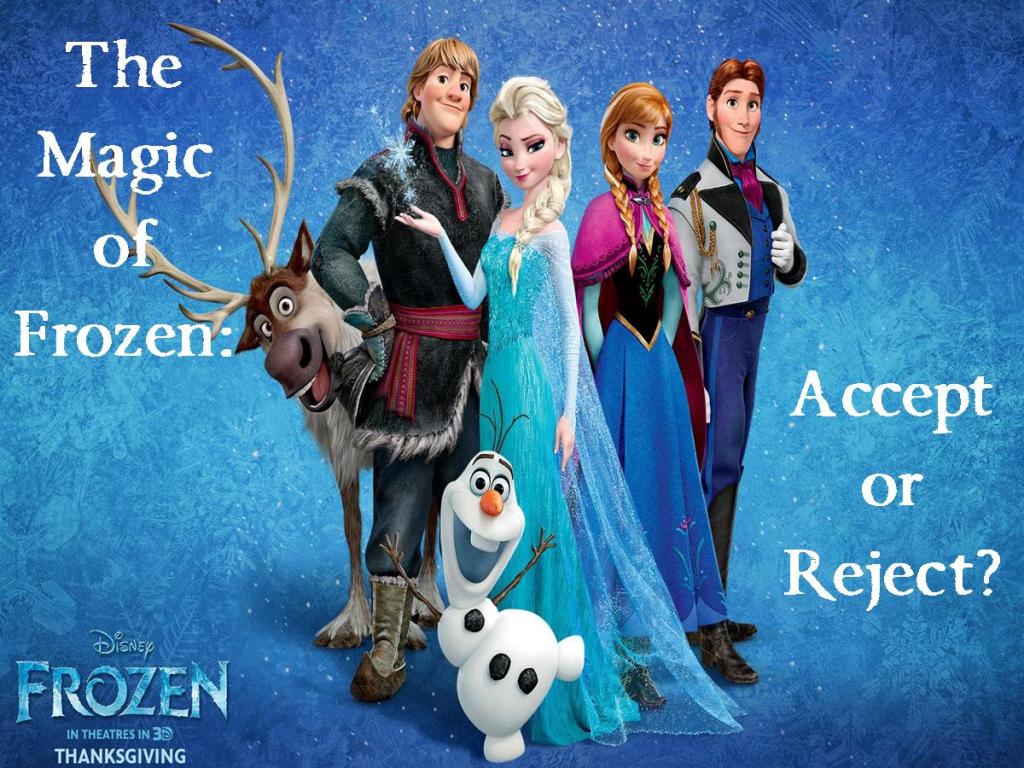 Magic is the use of a supernatural force to get what you desire. We could go deeper into the definition of magic, but let’s take a quick look at Frozen and two questions I always ask when magic is part of the story.

Who does the magic?
Magic is bad. I know that sounds extremely simple, but I am shocked that I often have to clarify my opinion on this to other Christians. However, if you read the Bible, it clearly tells us that magic is not something for us to do. (Feel free to contact me about this if you have questions.)

If just the antagonist uses magic, I’m more lenient with magic in the storyline. It’s pretty common knowledge that bad people do bad stuff. I don’t believe the story should show the use of magic in detail or for a long period of time. However, most of us come from a moral compass that says bad people do this, so I don’t want to do that. I understand that some of it might look fun, but I still believe that the reader gets the idea that if the antagonist is doing it, then it’s not something to pursue.

What about the protagonist or main character?

I don’t like it when the main character of the story uses magic to defeat the antagonist. My reasons relate back to being a writer as well as a Christian. Keep reading to find out more!

How is the conflict resolved?
I’m disappointed when a story has the main character using magic to defeat the evil sorcerer. Why?

First, it’s an easy and boring plot line. If you have two individuals that can do the same thing, the story becomes a power struggle that will be resolved when one is stronger or smarter than the other. Think of Harry Potter. The stories are just about Harry’s journey. He finds out who he is (another missing parent plot…read more here), he goes to a secret school, and he studies and learns until he’s strong enough to overcome the antagonist who have been waiting around to kill him. It’s just about muscles (or brains or skill). It’s brawn against brawn, cloaked in magic.

Even Star Wars didn’t use this plot line. Luke finds about the truth about his parents (Note the parent issue again) and realizes that he has the ability to use the force. He gets some training, but far before he’s ready, he runs off to rescue his sister and winds up in a battle with Darth Vader and the Emperor. Does he find something deep within himself that makes him a better fighter than his enemies? Nope. His stubbornness, loyalty to his friends, and persistent belief of good in his father creates the change in Darth Vader.

Second, it misses a powerful message. When you look at the old tales, you have stories about witches, magic and more. But we read them to our children. Why? Because they show us how ordinary people can do great things. Look at Hansel and Gretel. Two kids get captured by a witch and are about to be eaten. Do they escape and run to the nearest secret school to learn magic so that they can return and defeat her? Nope. The girl shoves the witch into the oven and slams the door shut, leaving the witch to be burned to ashes.

Third, it doesn’t allow a chance for God. With an individual controlling his destiny through magic, there is no room for God. God may want the person to succeed over the evil, or He may want the person to lose. While we prefer a happy ending, think of the first martyr Stephen and how God used his sacrifice to spread the Good News of Christ. The use of magic doesn’t give room for God to bring about His purposes.

Why is this better than magic against magic?

It keeps the reader guessing. Is Gretel going to win over the witch, or will the ending be horrible? How is Gretel going to kill the witch? Be careful, though, if you use this method in your writing. Make it too easy or simple, use something as a coincidence, and your reader will feel cheated.

Finally, it gives us hope. When we face the evil in this world, we come with the background of knowing that we can win. We don’t have to be frightened, cowed, or stuck. There will be a way to beat back the darkness, even if we don’t see it right now.

How does Frozen measure up?

**Major spoiler alert! Go away now if you don’t want the movie ruined!**

Okay, now that it’s just us, I can continue. If you’ve seen the movie, Frozen does an amazing job with this issue. Instead of falling into their recent story lines, they twisted it and gave us something unexpected. Love is the key. And not just any old love, not a first kiss. Nope. Real, true love. Love so deep and strong that it calls for a sacrifice.

Anna’s love for Elsa is so deep, even after all the years that she was pushed aside, ignored, and almost killed, she couldn’t bear to watch the sword drop on Elsa. In a flash, she took Elsa’s place because of her love. “Only an act of true love can thaw a frozen heart.”

All the time we’ve been watching Anna’s heart freeze, but Elsa’s heart was a block of ice. Seeing her sister’s great love, Elsa’s heart thaws. This true act of love saves both Elsa and Anna as love is the answer.

See Christ in there? We’re Elsa. Our hearts are frozen. God reached out to us time and time again, but we ignored Him. We slammed the door on His face, rejected him, and refused His help. Then when He travels from Heaven and meets us in our ice castle, we not only throw Him out, we sent Him to His death. But we didn’t freeze His heart. We slammed a crown of thorns on His head, whipped Him, and nailed His hands and feet to a cross.

He did this because this was His act of true love. Has it thawed your heart?

Read more of Frozen here and don’t forget to sign up for the newsletter so you don’t miss any updates! (You get a free short story when you do!)