While the thought of spending hours with dwarves, hobbits, elves, dragon, orcs and goblins have some people running away in disgust, I get an urge to strap on my sword. Some of those people who dislike fantasy have asked me… 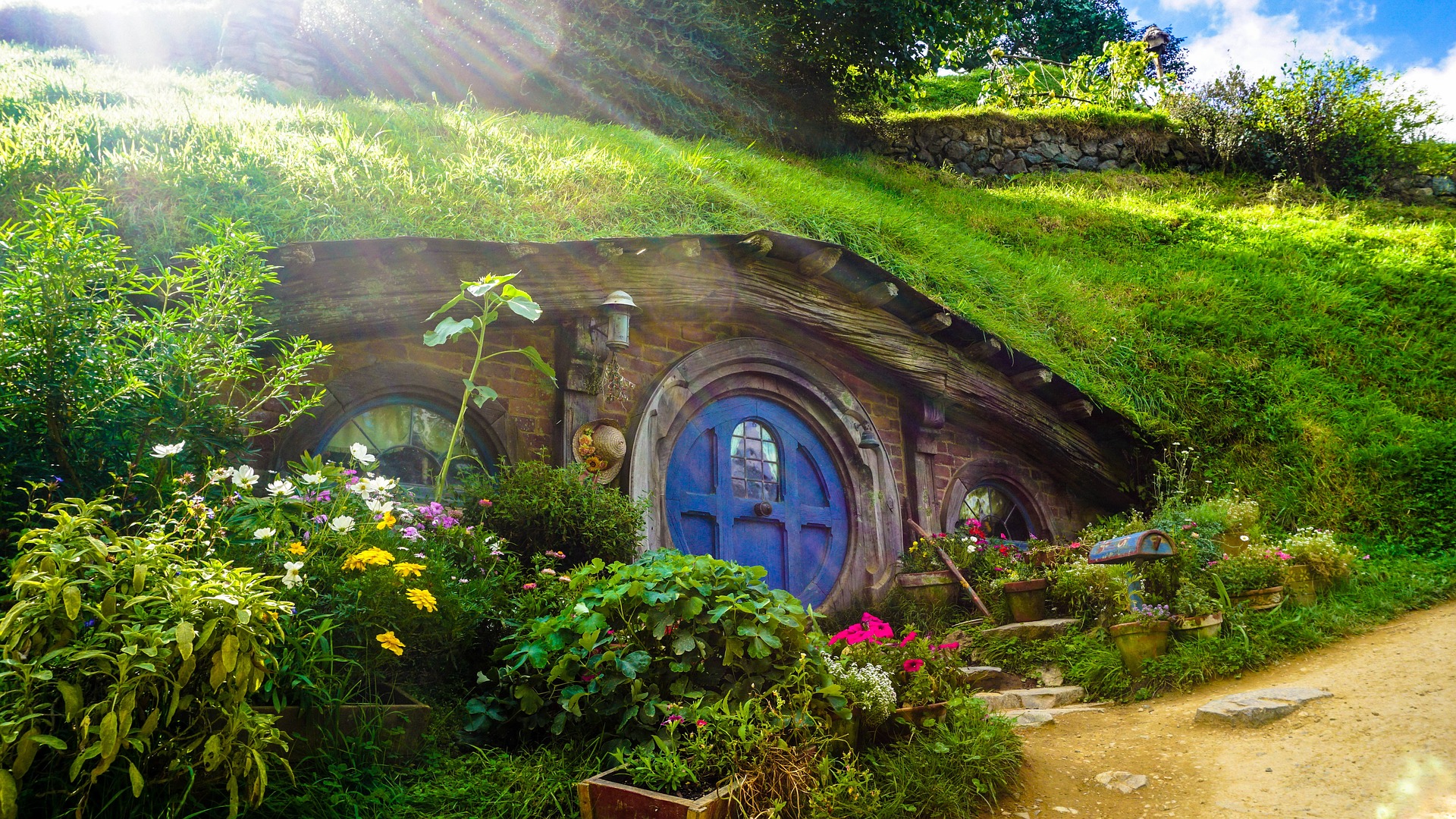 Bilbo shows that it is easy to become a little too comfortable.

The spirit of adventure, the drive to do great things, was hidden away in Bilbo at the beginning of the book. His legacy was from hobbits who did great and mighty things like riding into battle and hacking the head of a goblin off. Other descendants were known for riding into adventure and battled back evil. Bilbo, however, had become fat and lazy, comfortable in his garden with his books.

As Christians, we have a legacy of giants of faith from the beginning of time until today. But it is so easy to become fat and lazy, comfortable in our pews and routine. We need to get out of our comfort zone, seize our sword of truth with an iron grip, and battle back the evil.

“The only thing necessary for the triumph of evil is for good men to do nothing.” Edmund Burke

If all we are doing is going to church, we are not doing enough. Imagine for just a minute what would happen to your community if every good man and woman did something to fight back the evil around them. When you really think about it, it’s overwhelming! The hungry would get fed, the poor would find financial relief, the cold would have blankets, the depressed would have a friend, and the lost would be found.

Bilbo demonstrates that what we think about ourselves may not be the truth.

At the beginning, Bilbo doesn’t think he has the courage or ability for the adventure. Gandalf recruits Bilbo as the company burglar. (If you haven’t read the book, that sounds odd. Just read it, and you’ll understand.) Bilbo uses his inexperience as an excuse not to go. However, he already possesses all the skills and bravery he needs. He just doesn’t know it and has very little confidence about himself. And yet, not only does he accomplish mighty deeds; he sets into motion events that affect everyone – dwarf, elf, and humans – of his world.

Sometimes we need someone to believe in us. Perhaps that person challenges us to do more than we have done. It’s not comfortable, whether it’s speaking in front of a group or teaching a children’s class at church. Too often we limit ourselves.

The Apostle Paul said it better in Philippians 4:13, “I can do everything through Him who gives me strength.”

You are not too small to do great thing. You are not unable. Look at whom God used in the Bible. The youngest son who was a shepherd and easily overlooked became one of the greatest kings of Israel. If you don’t know, his name was David. An uneducated fisherman became one of the main apostles. His name was Peter. Don’t fall into the trap of thinking that you can’t.

Bilbo reveals to us that hardships can lead to great benefits.

Bilbo loved his home. He was comfortable. He was surrounded by what he loved. He never went hungry or was cold. He didn’t have to worry about being killed. If he had chosen to live his life exactly as it was, there would be no gain. But instead he left his home and went through horrible situations. He was hurt, terrified, and almost killed.

In return, he gathered great friendships that lasted his lifetime, he experienced beautiful places, and became quite rich. (I’m not saying what actually happened because I don’t want to give it away to the people who haven’t read it yet.)

Maybe you are going through a hard time right now. While you’re probably not fighting goblins, it may seem like you are fighting for your life. Perhaps it feels like the battles never end, or that the enemy keeps getting stronger and stronger.

Don’t give up! Don’t surrender and never retreat. Keep pressing on and lean on God. Join with a group of people who can support you and carry through what you can’t do on your own. There are great rewards on the other side of the fight. You will make it one step at a time.

Like Paul says, “I have fought the good fight, I have finished the race, I have kept the faith. Now there is in store for me the crown of righteousness, which the Lord, the righteous Judge, will award to me on that day—and not only to me, but also to all who have longed for His appearing.” (I Timothy 4:7, 8)

Feeling small? Insufficient? Incapable? With God, none of that matters. And with God, great adventures lie ahead.