I heard of a study done with a group of chimpanzees. Five of them were not fed for some time, so they were rather hungry. Then they were put in a room with a rope that led up to the ceiling. At the top of the rope were some bananas. 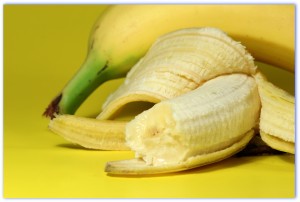 The first chimpanzee noticed the bananas and climbed up the rope. As he got close, the researchers dumped a large bucket of ice cold water on him. The chimpanzee was shocked and dropped to the ground. (Ever wonder what kind of mean person thinks up these studies?)

Another chimpanzee thought he could do better and gave it a try. However, as he neared the bananas, he got the same results. After trying for some time, they all got doused and all gave up. The researchers weren’t done, though. They pulled out one chimpanzee and put a new one into the room.

This new fellow was just as hungry, and he caught sight of the bananas. Gleefully, he jumped on the rope and began to climb. What happened next surprised even the researchers.

The other chimpanzees grabbed the new one – the one that hadn’t gotten wet yet – and pulled him back to the ground. No matter how hard he tried and protested, they would not let him climb the rope.

As a self-published author, I find this story amazing. I’m outside the crowd. Editors and agents hold me in suspicion because they think that I chose this route only my work isn’t good enough to be published. (It’s not, by the way, there are a lot of very good reasons to self-publish.) Other authors tend to be guarded around me because I haven’t followed the same path they took. Some organizations don’t let me join or don’t let me promote my book with them.

And almost everything I read or hear about self-publishing from most of the traditional publishing world includes a large side note about how most self-publishing authors have done a poor job. They typically say that the market is flooded with people who write garage, put a dumb cover on the book, and then publish it.

Okay, so they don’t use those words, but you get my drift. And I do understand that a lot of people are self-publishing poorly. However…

I am sick of this attitude. I am sick of people telling me that I am doing a bad job simply because I self-published. If you want to read my book and then critique it, go for it. But don’t just look at how I chose to get it into print and criticize that.

I’ve also never been so happy and so dedicated to my work before. I loved teaching, but I didn’t put the same level of effort into it as I do my writing because my writing is a part of me. It comes from my heart and my imagination, and I care deeply how it’s presented and shown to the world.

I have raged against this attitude of criticism. I have posted my responses on blogs about the horrors of self-publishing. I often run around the blogs and other social media places shouting “Not true! Look at what I did!” But nothing changes. I feel like I’m stopping one flake of snow in a giant avalanche. But then I thought about Apple.

I can remember when Apple was regarded as something only a serious nerd would want. I even asked the only person I knew who had an Apple computer, “Why in the world would you want that?”

And now? Everyone wants one. iPhone, iPad, iPod, iMacs, MacBooks, you name it. People want it like it’s candy – really expensive candy! Everyone wants it, and they are willing to pay a big chunk of change to get it.

So what did Apple do to change people’s attitudes? I’ll tell you what they didn’t do. They didn’t run around after the haters looking for affirmation. Nope. Instead, through careful marketing and creating amazing products, they turned the world upside-down.

And I’m going to have a blast proving them wrong.

You may be reading this and think that’s great for me, but this doesn’t apply to you. However, you have a God-given dream within you. It may be that you want go to back to school and get a degree. Perhaps you just want to be a stay at home parent. Maybe you have an amazing idea for starting your own business. Possibly you want to own your home. I have no idea what your dream is, but it’s inside of you and it’s busting to get out.

If you start talking about your dream, or if you take any action, you are going to have two types of people in your life. There are the people who believe in you. They encourage you, get excited for you, help you, and listen to you. Treasure these people. The second kind will tell you everything that is wrong with your plan, why you can’t, and how impossible your dream is.

Ignore the wet blankets! I believe that people stomp on others’ dreams because they have tried and failed. Out of their hurt, they try to bring others down with their waves of discouragement, pessimism, and lack of vision. These are the chimpanzees pulling others down, even though they don’t know why. They’ve been taught by others not to climb the rope, and so they try to stop all those who reach for the bananas. If you are truly seeking God’s will in your life, and you feel that He is directing to take steps towards this goal, then He will give you the ability and strength to see it come true.

I refuse to let the other chimpanzees pull me down with their criticism. They don’t know what will happen when I try for those bananas. I may get doused with ice-cold water, but I will find a way to stay on the rope and fight through until I reach my bananas.

And when I do get those bananas, I may not be able to resist sticking out my tongue to those who doubted.

Want to join me?