Nothing much ever happens in northern Idaho – until demons, angels, and vampires go to war over a 17-year-old boy. 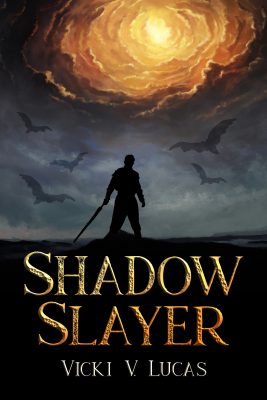 Five simple words. And my life is over.

It wasn’t much of a life by most standards. I’m just a normal guy without anything great about me. I don’t even have a big group of friends. Not many people will notice when I’m gone.

I guess I should be glad it wasn’t something like “You are dying of cancer.” But I stare out the car window without any feeling of relief. The miles stretch ahead with no sign of a town. I can’t shake the feeling that my death is going to be slower and more painful than a horrible disease. 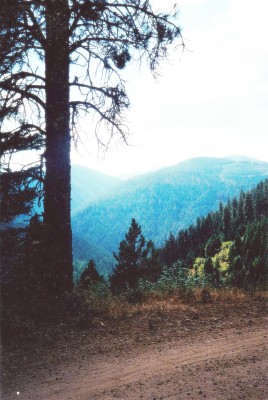 Devil’s Pathway is a fast-paced, Christian supernatural fiction book for teens. Nic lives by one rule: Don’t look at the demons. When he did in the past, tragedy struck. But now as life changes around him, he finds himself caught in the middle of a battle between demons and vampires fighting angels and Christians. He knows he has to choose a side, but he doesn’t even want to be involved. Can Nic make the right choice and save all those he loves before it’s too late?

Angels. Demons. Vampires. Which side would you choose?

17-year-old Nic FitzGerald sees demons but tries to avoid them by not looking at them. He hopes that if he doesn't knowledge them, then maybe they will not cause the destruction and death he saw before. Maybe they will leave him alone.

But it doesn't work.

They know who he is, and they want him as their warrior.

To make matters worse, the vampires want him. Nic finds he can't resist them, and he returns to their lair, drawn to their power and beauty.

But when angels protect his aunt and uncle, Nic finds himself thrown in the middle of a raging spiritual battle for his soul.

When his family and friends become the victims of the battle, Nic finally chooses to fight, even when he must walk the devil's pathway to slay his enemy.

Will he join the darkness to save those he loves or risk everything to fight with angels?