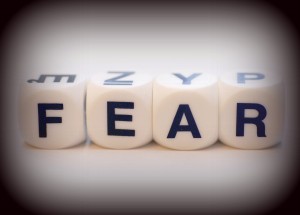 I knew someone was outside the motor home when I heard the gravel crunch. Then my dog started growling and barking at the door with her hackles raised. I knew without a shadow of doubt three things:

It was late at night, I was alone, and someone was coming to my door.

I was parked in my parents’ driveway while my husband had to take a weeklong trip. So far it had gone wonderfully. I spent my days visiting with my parents and then would walk with Zoe, our dog, out to the motor home for the night. They live in an area that is in the woods where moose and deer roam by the house, and I reveled in the solitude and beauty of the night sky on my short walk.

One night, towards the end of the week, I walked out of my parents’ house and heard a group of men laughing across the street at the neighbors. What if they know I’m over here in the motor home alone? If they are drinking, what would they do? Quickly I ducked in and locked the door. Zoe and I were settled down for the night when my husband called to tell me about his day.

As he was chatting, Zoe started to act strange. I told my husband to be quiet for a minute as I tried to listen. Zoe is normally a very friendly dog, but not tonight. Although I should have been grateful for her presence because she’s a good sized dog and would be great in a fight, her actions were only terrifying me.

Somehow over her barking, I heard the familiar sound of a footstep on the gravel. Someone was only a few feet from me.

I knew something bad was going to happen. My parents were already in bed and would have called before coming out to talk to me. It wasn’t them.

My heart began to pound so hard it hurt. I could barely hear over it. You know how in fiction, the hero always has that movement when he or she hears a small voice to be calm, and then he or she is washed with a large dose of bravery. That didn’t happen. My hands began to shake violently as I waited to see what would happen next. I ended up frozen with fear and dread. All I could think was that I was about to get brutally murdered, and my parents would never hear my screams for help.

Looking back, I shake my head. I had time to grab a knife from the kitchen. I had the keys to the motor home. I could have told my husband to call someone. Why didn’t I take action? Why didn’t I prepare to defend myself or get ready to run?

I don’t know why I didn’t. All I know was that there was some small hope in me that it wasn’t happening or that whoever was out there was perfectly harmless. And so I stayed quiet, trapped by my fear.

Does this describe you? Are you alone and trembling in your fear?

We often hide our beliefs out of fear. Do you hide being a Christian or standing up for your beliefs because you’re afraid what others may think? I’ve been there. I used to cleverly change the subject if someone asked me my opinion on same-sex marriage or abortion because I knew they wouldn’t agree with my position. I was quite aware of the fact that I would be considered brainwashed, old-fashioned, or close-minded if I stated what I believed. And, so I stayed quiet, hoping that my lifestyle was enough to draw people to Jesus. Relying on just my lifestyle to be a witness was like using a small candle in an enormous stadium. Sure, there was a little light, but it didn’t reach much.

To make a difference, you must be bold. The Apostles didn’t just go home after the resurrection of Christ and live their life in such a way that people would be drawn to Christ. They took bold action and proclaimed the truth while being persecuted and put to death.

What do we face? Certainly ridicule; perhaps some might lose their jobs. But you rarely hear of a martyr in North America. And, if you think persecution doesn’t happen anymore, go to www.persecution.org and take a peek at their reports of what’s happening around the world.

I know it’s hard. I have stayed quiet because I was afraid of ridicule or loss of friendship. Too often I didn’t say a word because I didn’t want to offend anyone and push them away from Christ.

The word “boldness” used in Acts 4:13 is parresia and has the idea of outspoken, frank, plain open, courageous, confident, fearless and bold. Does this describe you when you are speaking about your beliefs?

Our dreams often stayed trapped by our fear. Do you have something big you want to do? I’m not talking about a vacation to Hawaii. I’m talking about changing people’s lives, of helping orphans on the other side of the world, of changing your community. I’m talking about that one thing you would like to do, but you haven’t yet because it feels too big, or you are afraid of what people might think.

A quick look at history shows that anyone who changed the world was regarded as crazy. Abraham Lincoln, William Wilberforce, the Wright brothers, Isaac Newton, and, of course, Jesus Christ.

I don’t know what you want to do, but I know one thing. If God has laid it on you to do, you can do it. It may be difficult, people may criticize you and think you’ve lost your mind, and you may want to quit at time. However, if you persevere with boldness, you will see it come into life. Don’t hide in fear.

As for me in the motor home that night, I guess you already know that I wasn’t murdered. The footsteps got louder as they came closer. My dog was at the door barking with every hair on her neck raised. And then there was a loud knocking on the door.

My hands were trembling so badly that I dropped the phone. Trying to sound bold and brave, I shouted over the barking, “Who is it?”

My first thought was “What kind of sick murderer starts with that?”

I shouted back, “Who’s me?” Even in the terror of the moment, I knew that this was a pretty dumb conversation, but I wasn’t thinking clearly enough to really response with anything clever.

At that moment, I looked down at my dog. She had stopped barking and was wagging her tail vigorously. When I saw her reaction, I knew exactly who was at the door. My husband had come home early to surprise us. But he was the one surprised when I flung open the door and collapsed, a shaky mess, into his arms, babbling on and on about how glad I was to see him.

Sometimes the thing we fear the most is really a blessing. Open the door and face your fear! What are you waiting for?