Vicki V. Lucas once battled verb tenses and commas while teaching English as a Second Language in universities. Her quest to end the abuse of Oxford commas led her to exotic places like Macau, Hong Kong, and Columbus, Ohio. 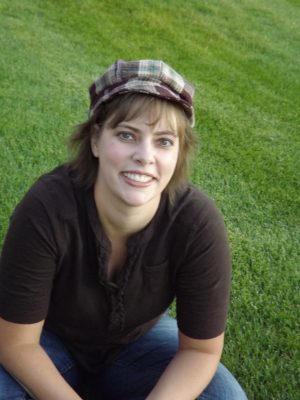 And while the war against bad grammar still rages on, The King of all kings has reassigned her and her husband to two noble tasks.

The first mission is raising their young princesses in central Idaho where the rivers wrap around the mountains. Here they strive to teach their girls the true meaning of living as a Princess of while they go on treasure hunts (huckleberry picking), walks to Cair Paravel (hiking), or flights on eagles to Mordor (bike riding).

The second quest is for Vicki to write stories of battles and quests that show the power of God and His Kingdom. While a number of books are set in another world with bold actions to save what they hold dear, others are in this world where angels, demons, and vampires fight. Some call these Christian fantasy books or supernatural thrillers. She calls them some of her greatest adventures.